Written by Jackie Jenkins on 24 September 2013 - No Comments

There were seven vans at Pigeons Farm, Phil & Wendy joined us for their second rally (we can’t be that bad company if they’ve come back for more!), and they were co-opted as assistant rally officers. Phil spent four hours putting up his awning – it was huge. He offered us the use of it for meeting in the evenings to save us putting up the party tent – I think we had more room than in the event shelter and it was warmer too.

Friday was David & Hazel’s 55th wedding anniversary and they were surprised with a cake and a card specially made by Maggi which we’d all signed.

We had a group meal on Saturday night and arranged to go bowling on Monday afternoon together. Well, we had a great time, Pete Watts had donated a trophy which Ray won – that’s three prizes this year – the Keith Forder Cup, the Best BBQ Chef and now the Pete Watts Bowling Trophy. I think we’ll have to ban him next time or maybe pick something he’s rubbish at? 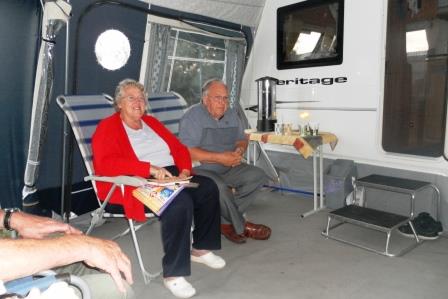 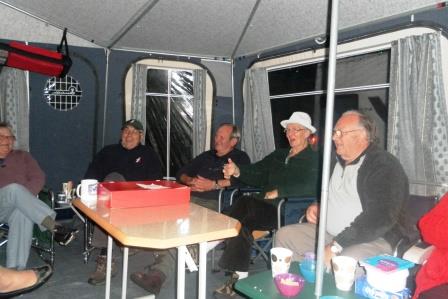 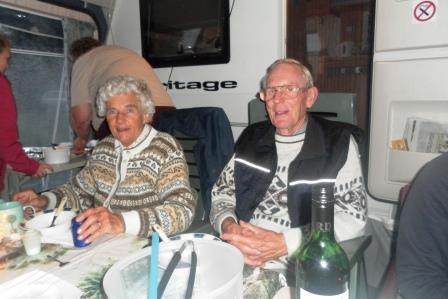 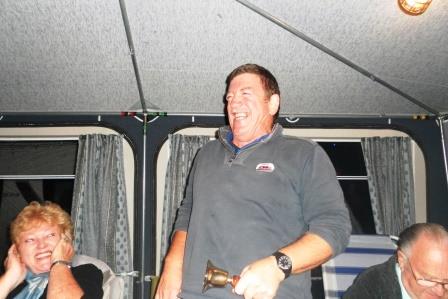 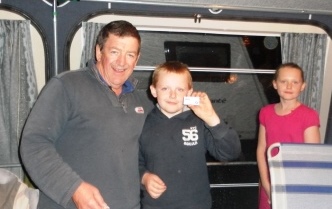 05. Ryan gets his rally plaque from Chairman Allan 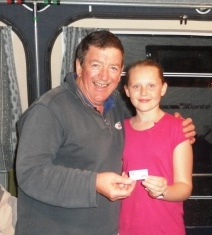 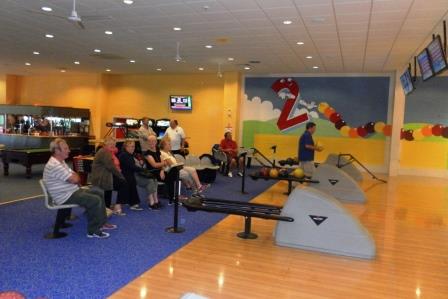 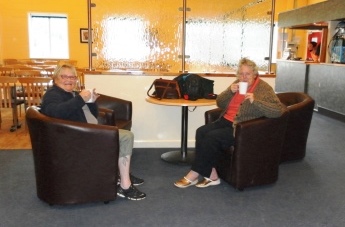 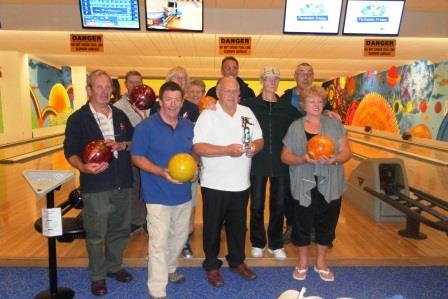 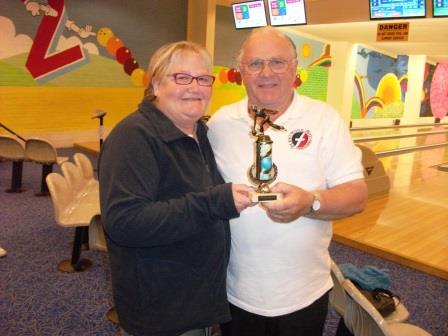 10. Irene presents the Trophy to the Champ 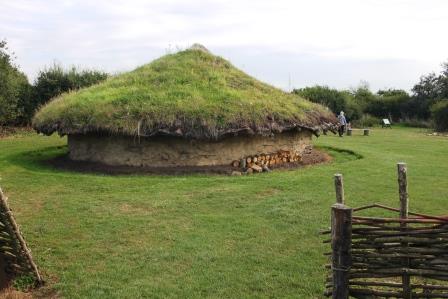 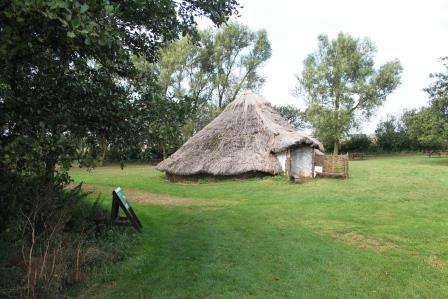 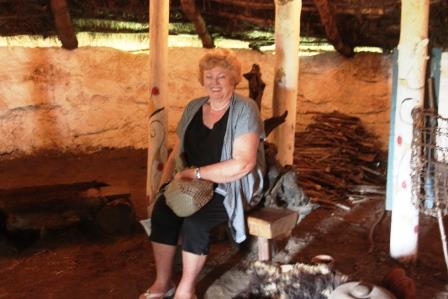 13. Maggi sitting on throne in the Bronze Age Round House