Written by Jackie Jenkins on 18 January 2015

The bright clear waters of a woodland stream dancing over the stones in Springtime……a church clock chiming the midday hour in a sleepy rural village in high Summer…….extravagant shades of Autumn from a hidden clearing in the forest…….snow covered hills and downs softly bathed by the Winter sun gently melting the hoar frost from the trees…….potent alluring images of the country…….the Fleetwood Countryside can take you there…….

Five single and one twin-axle Countrysides were produced. One change from the Garland was that the internal height was 3 inches greater.

Some people would say that it’s too far to go to a party …….but it’s a special party …….a family party ……. Relax …….the Countryside can take you there…….with all the comforts of home …….and there are no site fees in Uncle Fred’s garden!

Fleetwood dropped the smallest model in 1999 and continued with the remaining five. (The model number now represent the length in metres not feet.) The overall interiorwidth was increased by 3 inches.

.. let the Countryside take you to your own Paradise . . .

They added an end bathroom model to the smaller Countryside and dropped the twin axle and the 5 metre with the end kitchen, reducing models offered to four.

Down to three models, established favourites remain, like the 450-4EK, with its mum-friendly kitchen, and the 500-5 with two well separated bedrooms for the optimum privacy. Fleetwood also brought back the twin-axle for 2001 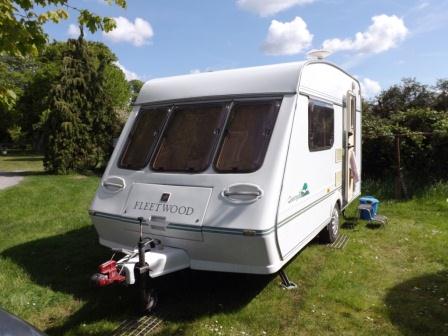 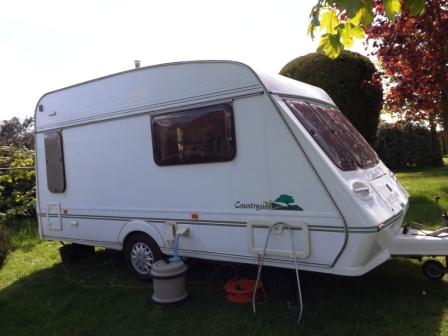 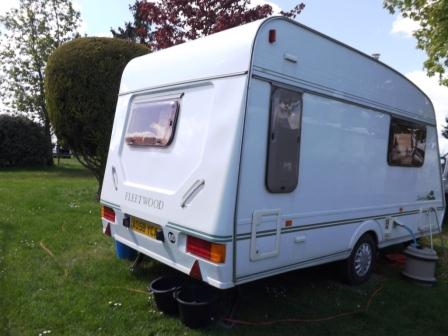 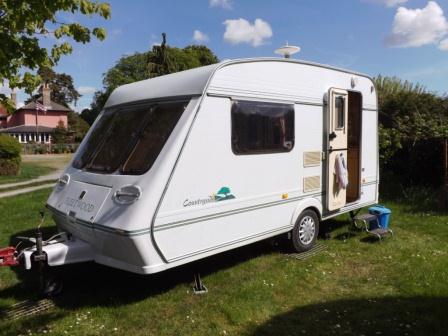 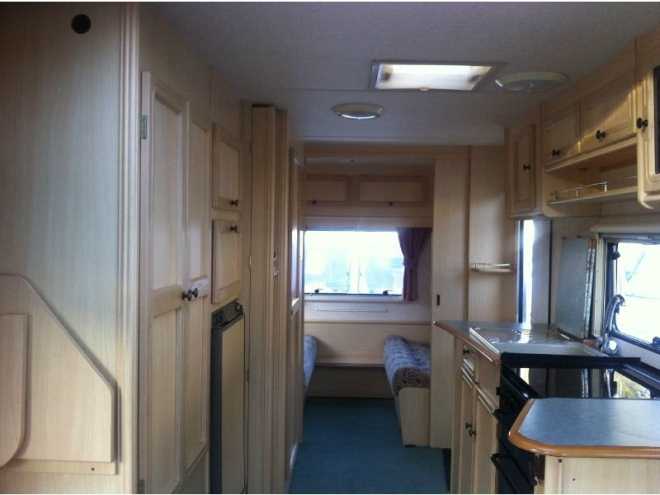 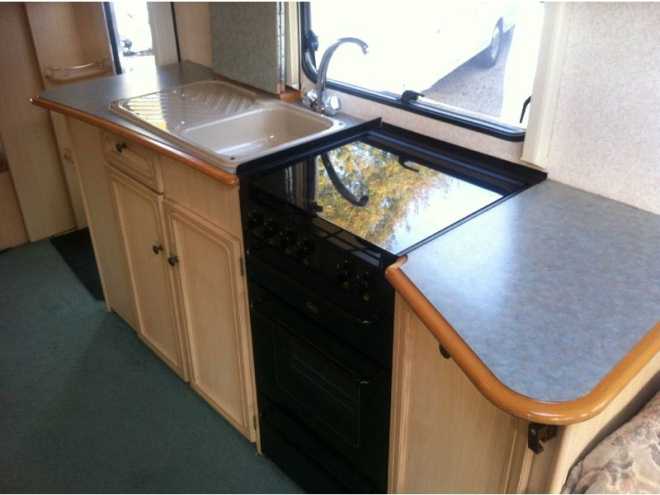 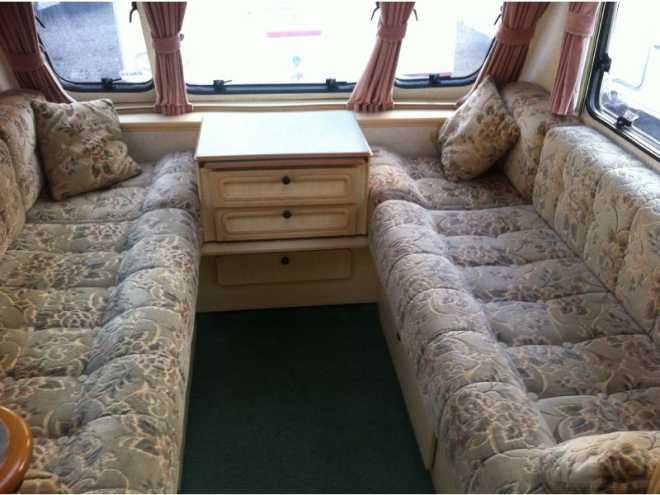 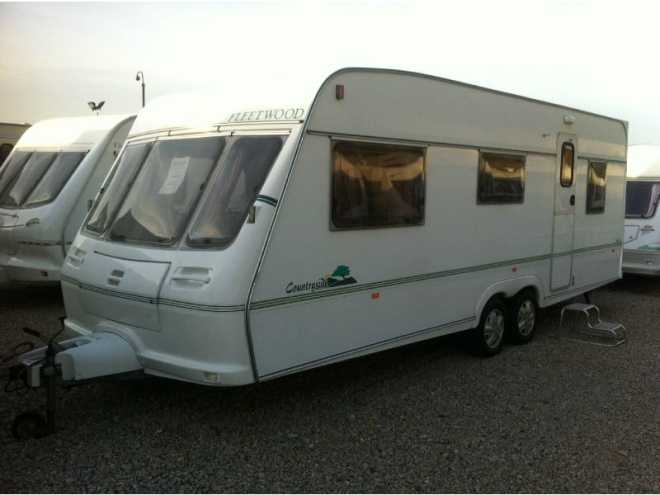 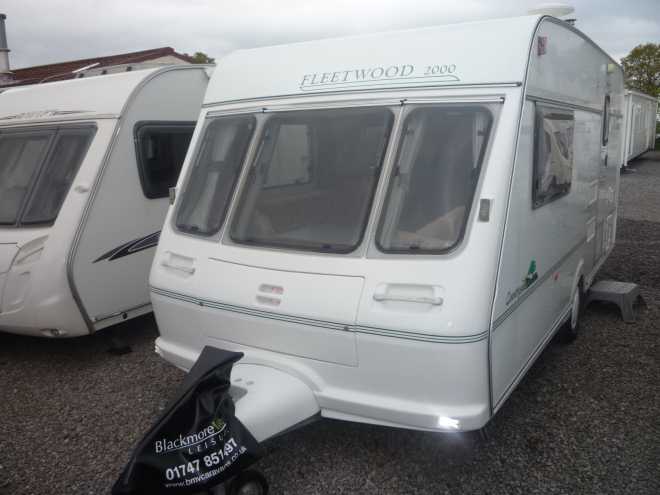 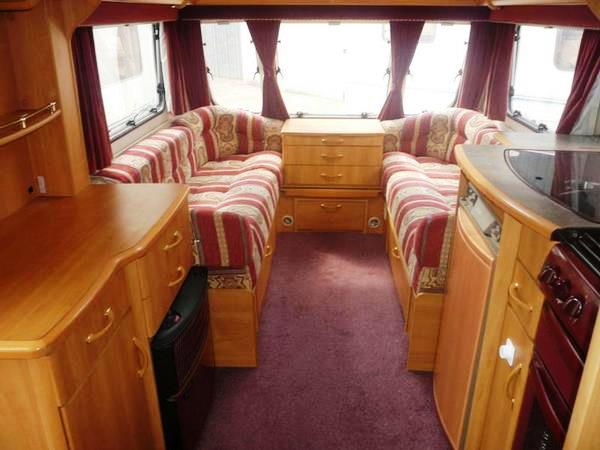 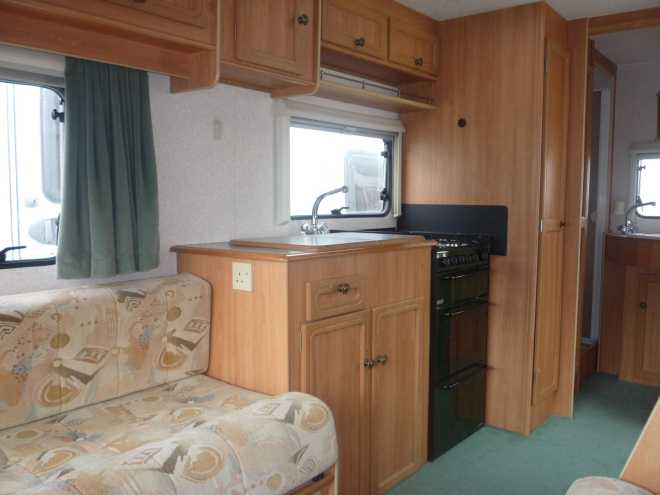 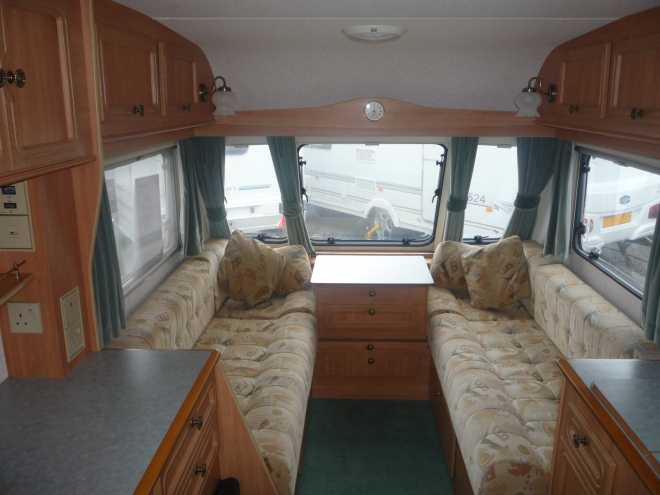 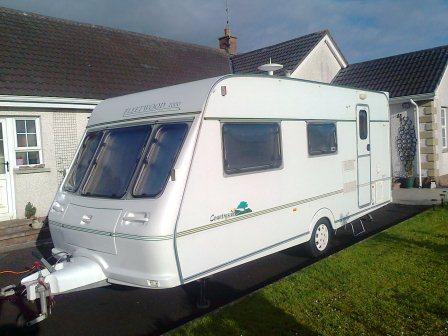 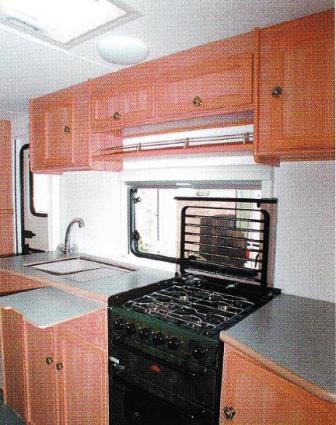 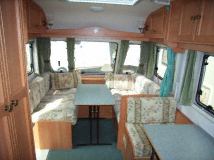 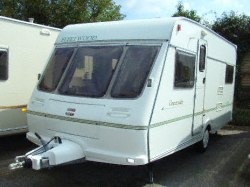